A 2010 recipient of the Lohez 9/11 Foundation Scholarship, Hélène Franchineau is currently living an extraordinary life as a French journalist working in China. 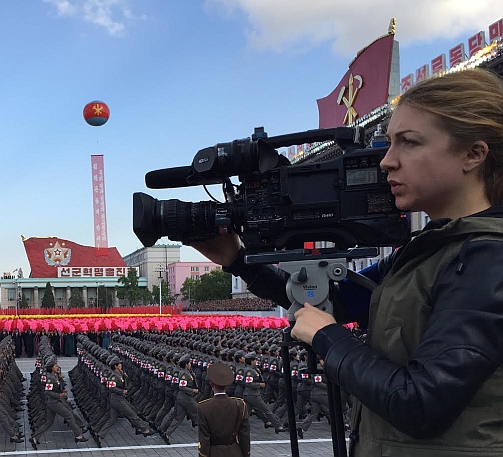 As part of her journey from Paris to Beijing, Hélène started learning Chinese at 15 years old, and after traveling to China alone at the age of 16, she knew that she wanted to work and live there one day.

While living in Shanghai in 2007, Hélène met a correspondent for the French newspaper Le Monde, and she found that journalism was a beautiful fit for her, both in terms of her love of storytelling and her gift for photography.

Hélène then worked for Le Monde and Slate in Shanghai and Paris. She wrote news on the 2008 Beijing Olympics, the 2009 Muslim minority riots in Xinjiang province, and the Shanghai World Expo in 2010. In 2009 Hélène interned at The Washington Times foreign desk, where she covered policies on climate change.

Hélène completed her Master’s in International Affairs and Chinese Language and Culture at Sciences Po Bordeaux in 2006, joined the journalism program at Sciences Po Paris in 2008, and eventually enrolled in the Columbia University Graduate School of Journalism in 2010. She currently finds herself working as the video and multimedia journalist for the Associated Press in Beijing.

Hélène believes that it takes a combination of many skills to take on the career that she has chosen. These include an early exposure to different cultures, learning new languages and keeping an open mind. Such skills come in handy when faced with more challenging assignments, the most challenging being breaking news assignments. Hélène finds breaking news to be the hardest to tackle, because it often requires her to travel to remote places at the last minute in unpredictable weather and uncomfortable conditions. And the Chinese authorities can always find ways to make things difficult for her.

However, the most challenging assignments oftentimes turn out to be the most satisfying.

Hélène says that her most rewarding journalism assignment involved following two Chinese migrant workers in 2013, during their journey home to the Henan province for the Chinese New Year. The migrants hadn’t been home in a year, leaving their young son behind with his grandparents, a “common phenomenon” in Chinese culture, according to Hélène. She found this story to be challenging, because it was the first assignment that she worked on completely alone; she did the research, logistics, filming and editing.

However, it was well worth the hard work.

“It was rewarding on so many levels,” Hélène says. “The fact that I learned I can do a complete multimedia story on my own; that I got so close to this family and immersed myself into their life; and seeing their happy faces, when, a few months later, I showed the couple the finished video and the newspaper article that were published in the South China Morning Post – it was priceless.”

Hélène foresees her next challenge to be broadening the subject matter of her work, including moving beyond the “China Story.” She sees her focus shifting more toward Europe and the Middle East, concentrating on “migrants, and the challenge they pose to Europe in terms of identity and integration.”

However, she will never fully let go of her work in China. “It is a combination of past experiences that have made me into what I am today, a foreign video journalist covering China,”Hélène explains. “But maybe tomorrow I’ll be gone somewhere else, and I’ll take the treasure trove of experiences I got in China, and use them in my next job.” 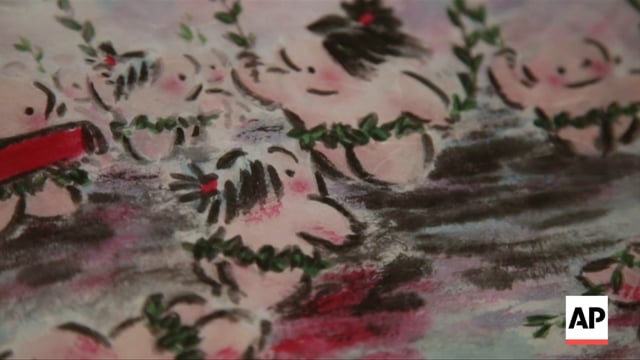 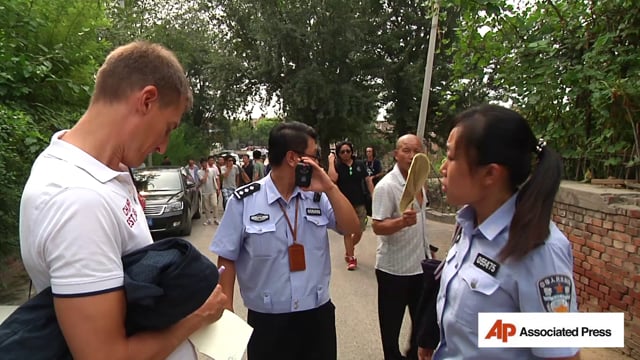