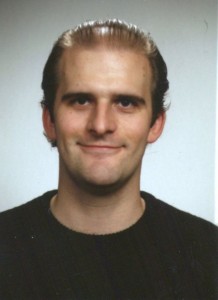 The Jérôme Lohez September 11th Scholarship Foundation was established in November 2005, in honor of Jérôme Robert Lohez, a French citizen who perished in the World Trade Center’s North Tower on September 11, 2001.

Jérôme was born on Jan. 3, 1971, in La Garenne Colombes, Hauts de Seine in France. He spent his childhood and adolescence in city of Lille, and in the French regions Alsace and Bourgogne.

Jérôme received his secondary and higher education in Science and Technology in Alsace. He later studied Computer Science at École pour L’informatique et les Techniques Avancees (EPITA) (College of Computer Science and Advanced Technologies), graduating in 1994. That year, Jérôme came to the United States as an exchange student, and graduated from the Stevens Institute of Technology in Hoboken, New Jersey, with a Master of Science degree in computer science.

The American entrepreneurial spirit caught the young Jérôme’s attention. He first stayed in the United States while working for a start-up company. His hard work, intelligence, excellent work-ethic and team spirit were quickly recognized, and his talent launched his career. He was soon hired by Sun Microsystems as a software architect.

It was Jérôme’s extraordinary reputation at Sun Microsystems that led the executives of NexxtHealth, a subsidiary of Blue Cross Blue Shield, to handpick him as the senior technology infrastructure architect for their firm. Jérôme and his team were scheduled to release a new product on Sept. 11, 2001. This product “would have been a breakthrough in the [health insurance] industry,” a NexxtHealth executive says.

Prior to the creation of the foundation, Ms. Dening Lohez and friends set up the Jérôme Lohez Memorial Scholarship Award at the Stevens Institute of Technology, which became part of the school’s endowment fund managed by Stevens. The foundation is now independent. 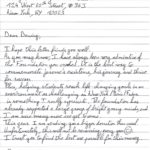 Generous Donation Received - A French student from the Stevens-EPITA Dual Degree Program just made the very generous and anonymous donation of $9,000 to the 9/11 Scholarship Fund. In these very unsettling times of the COVID-19 virus, forcing us to cancel our annual gala, 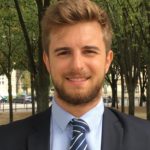 Pierre Savary: Scholar-Communicator with a Diplomatic Edge - “To me, America is in essence the land of willpower,” said Pierre Savary, a 2015-2016 Lohez Foundation Scholar. “This is made visible by symbols such as the Freedom Tower, built in the aftermath of the biggest terrorist attack in US 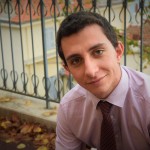 Soliman Elcheikh: International Young Leader in the Making - Soliman Elcheikh is currently a dual-degree undergraduate at Columbia University. Though he arrived for the first time in the United States from France in September 2015, he had read a lot about the country in books and daily newspapers, and 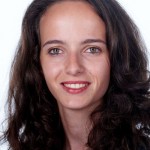 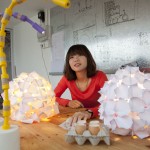 Hélène Franchineau: International Multimedia Journalist without Borders - A 2010 recipient of the Lohez 9/11 Foundation Scholarship, Hélène Franchineau is currently living an extraordinary life as a French journalist working in China. As part of her journey from Paris to Beijing, Hélène started learning Chinese at 15 years old, and after traveling to China alone at the age of 16, she knew that she wanted to work and live there one day.