In recognition of Dr. Jacques Barzun’s immense contributions to trans-cultural understanding and exchange between the United States and France, The Jérôme Lohez 9/11 Scholarship Foundation wishes to honor this great French-American scholar with the naming of The Jacques Barzun Award for Distinguished Contributions to Trans-Cultural Scholarly Exchange.

The Award is conferred once a year upon an individual or institution in recognition of their accomplishments or research efforts to encourage French, American and Sino educational exchange and collaboration, to foster unity and cultural understanding among these cultures. 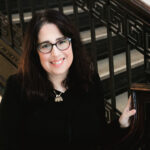 Lisa Rosen-Metsch, an internationally recognized AIDS researcher who previously chaired the Mailman School of Public Health’s Department of Sociomedical Sciences, was named dean of the School of General Studies in November 2017. A Brooklyn native raised by two New York City public-school teachers, Rosen-Metsch is an expert in the treatment and prevention of HIV/AIDS among populations with substance-abuse disorders. Before joining the Mailman School of Public Health in 2012, she was a professor at the University of Miami’s Miller School of Medicine.

Rosen-Metsch is herself an alumna of the School of General Studies, which is the University’s liberal-arts school for nontraditional undergraduates — those who have taken an academic break before attending college or who are pursuing dual degrees. In 1990, Rosen-Metsch earned dual bachelor’s degrees through a joint program between Columbia and the Jewish Theological Seminary. Rosen-Metsch says that her interest in AIDS prevention arose from her experience at the School of General Studies, where she interned alongside Columbia AIDS researchers. “My years as a General Studies student were transformative and extraordinary,” she said. “The potential to help navigate Columbia’s future by returning to the school that gave me so much is humbling, exciting, and inspiring.” 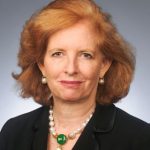 In addition to serving as Dean of SIPA, she is also Co-Director of the APEC Study Center and, until recently, Chair of the Faculty Oversight Committee of Columbia’s Global Center East Asia. Previously, she was Director of the Masters Program in International Affairs and Chair of Columbia University’s Advisory Committee on Socially Responsible Investing. She has written several books, numerous articles and frequently speaks before business, policy, and academic audiences around the world.

In 2003, Professor Janow was elected to a four-year term as the first female and one of the seven members of the World Trade Organization’s Appellate Body, which is the court of final appeal for adjudicating trade disputes between the 153 WTO member nations.

From 1997 to 2000, Professor Janow served as Executive Director of the first international antitrust advisory committee of the U.S. Department of Justice. Her report recommended the creation of a global network of enforcers and experts which is now the ICN. Prior to joining Columbia’s faculty, Professor Janow was Deputy Assistant U.S. Trade Representative for Japan and China, responsible for developing, coordinating and implementing U.S. trade policies with Japan and China.

Serving on the boards of directors of several corporations and not for profit organizations, Professor Janow became a charter member of the International Advisory Council of China’s sovereign wealth fund, China Investment Corporation or CIC, in 2009.

Professor Janow grew up in Tokyo and speaks fluent Japanese. She holds a JD from Columbia Law School, where she was a Stone Scholar, and a BA in Asian Studies from the University of Michigan. She is a member of the Council on Foreign Relations, the Trilateral Commission, the National Committee on U.S.-China Relations, Asia Society, and the Japan Society, among others. 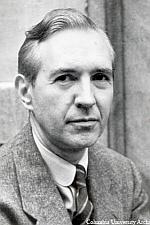 Jacques Martin Barzun (1907-2012) was a French-born American historian of ideas and culture. He wrote on a wide range of topics, but is perhaps best known as a philosopher of education, his Teacher in America (1945) being a strong influence on post-WWII training of schoolteachers in the United States.

During seven decades, Barzun wrote and edited more than forty books touching on an unusually broad range of subjects, including science and medicine, psychiatry from Robert Burton through William James to modern methods, art, and classical music; he was one of the all-time authorities on Hector Berlioz. Some of his books — particularly Teacher in America and The House of Intellect — enjoyed a substantial lay readership and influenced debate about culture and education far beyond the realm of academic history. Barzun had a strong interest in the tools and mechanics of writing and research. He undertook the task of completing, from a manuscript almost two-thirds of which was in first draft at the author’s death, and editing (with the help of six other people), the first edition (published 1966) of Follett’s Modern American Usage. Barzun was also the author of books on literary style (Simple and Direct, 1975), on the crafts of editing and publishing (On Writing, Editing, and Publishing, 1971), and on research methods in history and the other humanities (The Modern Researcher, which has seen at least six editions).

Barzun was valedictorian of the Class of 1927 of Columbia College and was a prize-winning president of the Philolexian Society, a Columbia literary and debate club. He obtained his Ph.D. from Columbia in 1932 and taught history there from 1928 to 1955, becoming the Seth Low Professor of History and a founder of the discipline of cultural history. For years, he, and literary critic Lionel Trilling, ran Columbia’s famous Great Books course. He was elected Fellow of the American Academy of Arts and Sciences in 1954. From 1955 to 1968, he served as Dean of the Graduate School, Dean of Faculties, and Provost, while also being an Extraordinary Fellow of Churchill College at the University of Cambridge. From 1968 until his 1975 retirement, he was University Professor at Columbia. From 1975 to 1993, he was Literary Adviser to Charles Scribner’s Sons. 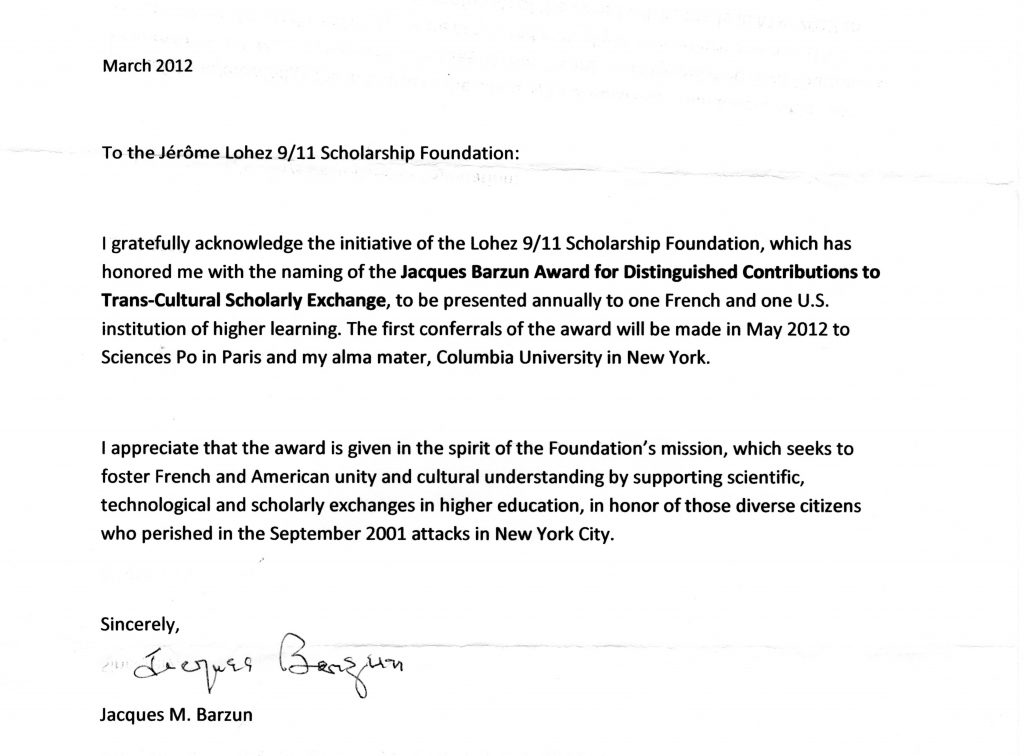