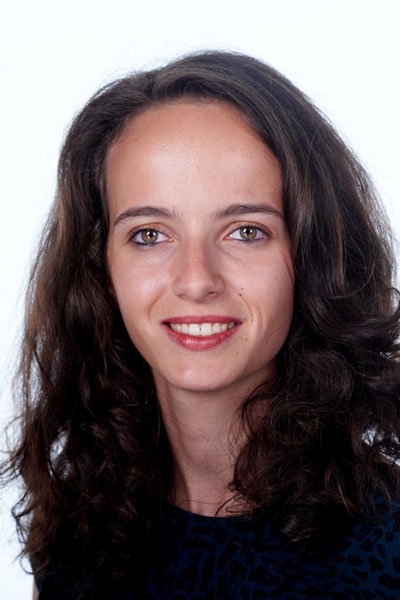 Camille Andrieu, a 2014 Jerome Lohez 9/11 Foundation Scholar, has received the 2016 Claude Erignac Prize for her project, SoMaire. Camille was presented with the award, which carries a value of up to 8,000 euros, by Gérard Larcher, the president of the Senate of France, at a special ceremony in Paris last month.

“I was delighted and excited to find out I was the Claude Erignac Association’s 2016 recipient and that the jury wanted to support SoMaire’s potential social and public impact,” said Camille. “It felt great to receive compliments from external stakeholders.”

SoMaire aims to become the first professional collaborative platform for French mayors in rural municipalities. The project grew out of Camille’s first-hand observation of rural French territories, which make up 92% of France’s communal network and have limited resources. The state’s disengagement and lack of available digital resources have made it difficult for these territories to keep pace with the level of governance of urban cities. Their mayors usually perform their duties in addition to holding a primary full-time job in another profession. In addition, due to a reduction in state subventions, communal councils are often forced to reduce their staffing. As a result, these areas are exposed to issues they do not have the adequate expertise to deal with.

SoMaire’s platform will create a unique network of expertise among French mayors. They will gain privileged access to communal projects in France and will be able to exchange information and share best practices. The platform is being developed in partnership with the AMRF (French Organization of Rural Mayors), which includes 10,000 municipalities. A network of local and international ambassadors is now being formed as the project gets under way.

“The prize’s financial compensation has allowed me to dedicate more of my time to this project by raising awareness about the issues at stake, reaching out to relevant actors, handling the legal aspects and building the digital platform,” said Camille. “But perhaps most importantly, it gave me the opportunity to meet Claude Erignac’s family members, whom I respect a lot for their generosity and dedication.”

The project is built upon a vision of a renewed digital and participatory democracy. SoMarie’s next stage will open the project up to citizen consultation at local and international levels, enabling mayors and citizens to connect instantly on topics of interest.

Camille graduated in 2015 from the dual master’s degree program at Sciences Po and Fudan University, “Europe and Asia in Global Affairs.” She is also an accomplished athlete who was selected for the national French women’s basketball team. She is currently studying at HEC and Berkeley before she moves on to prepare for the Ecole Nationale d’Administration (ENA) exam, the highly competitive exam for those who want to study at ENA and prepare for a career in the French higher civil service.