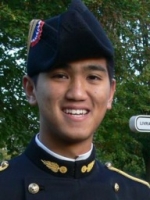 Mr. Antoine Desir is a mathematically gifted young man. After attending preparatory school at Louis-Le-Grand, Antoine was ranked 7th out of 83 in a national entrance competition to enter École Polytéchnique’s Mathematics and Engineering Science program.

In spring 2011, Antoine worked with Dr. William M. McEneaney in the Department of Mechanical and Aerospace Engineering, University California San Diego, to study a method of reduction of the curse of dimensionality in optimal control, using a max-plus, or “tropical,” algorithm, in which the graph of the value function is approximated by a tropical polyhedron. This work led to publication, which is a high honor for a master’s-level student. Antoine also did research on Revenue Yield Management for Air France while he was a student at the Polytéchnique.

A French citizen of Vietnamese origin, Antoine has witnessed the extreme poverty of a developing country, and he has also lived in the Parisian milieu of elite students competing for spots in the French Grandes Écoles. Antoine understands what generosity and humane philanthropy mean. His father, a successful entrepreneur and prominent social activist in Vietnam, established a NGO called “Dust of Life,” to provide computers and Internet access to poor children. Antoine will follow his father’s example with a commitment to serve the needs of underprivileged communities. 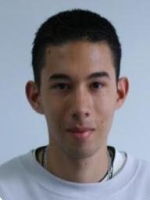 Mr. Thomas Philippeau worked at Accor, as a specialist in the creation and enhancement of new and existing information technologies. He was praised by his professors and supervisors as an open-minded and fast learner who adapts easily to various working methods and unforeseen constraints.

Thomas is very impressed by the diversity of the American population and culture, including the popular election in 2008 of an African-American as the nation’s president. He will enter Stevens Institute of Technology in the spring of 2011, and he looks forward to broadening his vision through the experience of an American graduate education. He hopes that his time in the United States will allow him to promote cultural exchange while here and especially after he returns to France.

Mr. Andres Lizcano Rodriguez is a bright and creative individual whose actions are motivated by his desire to serve others.

From an intellectual family in Colombia, South America, Andres received a bilingual education in Spanish and German, and spent his childhood years in Germany.

A mathematically gifted pupil, Andres made the Top 15 for four consecutive years in the Colombian National Olympiad among high-school students nationwide. He then studied mathematics at Colombia’s Los Andes University, graduating with high honors. Meanwhile his desire to contribute to the cause of social justice also led him to pursue the study of law as a minor.

While studying abroad for one year at Montpellier, Andres co-founded the Montpellier Branch of a NGO called Foundacion YOCreo En Colombia. Colombia has been plagued by a decades-long armed conflict involving drug-trafficking and terrorism. Andres seeks to prove to the outside world that Colombia is also a country with a long and distinguished history, diverse cultural heritage, and immense economic potential.

Following the Latin-American intellectual tradition that takes cultural, political and philosophical inspiration from Europe, particularly from France, Andres is pursuing a dual master’s degree in International Development at Sciences Po in Paris and Columbia University in New York. He believes his French and American experiences will prepare him to take the risks that are needed to effect real change in Colombian society.

Inspired by Latin American cultural and political luminaries such as Gabriel García Márquez and Pablo Neruda, Andres’ career goal is to be a public intellectual and Colombia’s official representative (Ambassador) to the United States or France.

Andres is a native speaker of Spanish and German, fluent in French and English, as well as conversant in Italian and Portuguese.

The Scholarship Reception Ceremony Will Be Held May 14, 2012, at Maison Française, Columbia University.