Guantanamo Detainees: The View from Europe 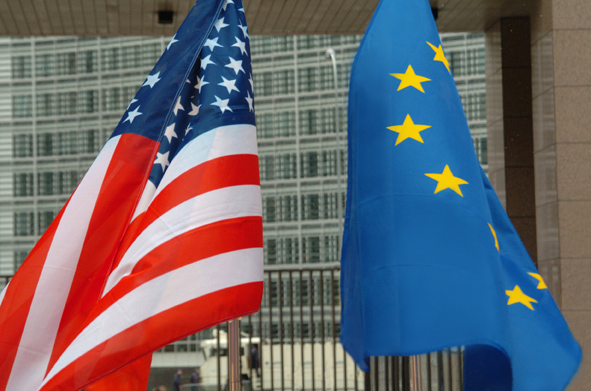 Thanks to renewed transatlantic cooperation, President Barack Obama is one small step closer to keeping his campaign promise to close the controversial Guantanamo Bay detention center.

On Wednesday, Ireland’s Justice Department announced its intention to resettle two detainees who have been cleared of terrorist affiliation. Add to that figure France’s symbolic transfer of one prisoner in May, and the official EU total of accepted foreign prisoners stands at three. The Czech Republic, Austria and Germany have so far refused to resettle any inmates; Italy, Portugal, Belgium and Spain have each pledged to accept several under strict conditions. A modest start, for sure, but notable given Europe’s reticence to help clean what is arguably America’s own dirty laundry.

“America created Guantanamo. It has to come up with the solution,” quipped Austrian Interior Minister Maria Fekter. “None of these prisoners has anything whatsoever to do with Denmark,” echoed Danish Foreign Minister Per Stig Moller. “Why should they be taken in?”

Such prickly indifference in Europe is hardly surprising and stems in part from the tactics used during the Bush Administration’s “War on Terror”.

The intelligence used to justify the 2003 invasion of Iraq, which many Europeans viewed as overstretched at best and faulty at worst, combined with an “either with us or against us” approach to coalition building, alienated Atlantic allies for years to come. Convinced the US would push ahead with its military objectives without respect to international consent, input or standard procedure, many in the EU were left feeling sidelined, even satisfied to let the US reap its whirlwind. Such lingering popular resentment explains the disconnect between Europe’s expressed desire to see Guantanamo closed and its feet-dragging when it comes to actually helping to do so.

Nonetheless, Ireland’s decision to take in detainees will revive the ongoing debate over Europe’s moral obligation to help close the facility, which has long symbolized an outstanding obstruction to international law. Detainees – ambiguously defined as “unlawful enemy combatants” – have been held without charge or trial for years, denied legal representation, and in some cases tortured, effectively circumventing the Geneva Conventions which, in principle, outlaw such practices.

In April, the EU Council announced that European efforts in closing Guantanamo “would allow both [the US and the EU] to pave the way for strengthening cooperation on counter-terrorism and justice and home affairs in the future.”

Anthony Dworkin of the Guardian agrees that the timing is ripe:

The shift under Obama opens the possibility that Europe and the US could – for the first time since 9/11 – agree upon a common framework of principles for counterterrorism based around respect for fundamental rights and the rule of law. By working with the US on Guantanamo, the European Union might gain influence over the development of US policy, where many key decisions remain to be taken.

In addition to appeals based on respect for international law and human rights, Amnesty International alleges that European countries also bear responsibility for their complicit role in transferring suspected terrorists to overseas detention centers, including Guantanamo.

Piece by piece, the truth is finally coming out about Britain’s own Guantanamo Bay – Diego Garcia. Today the human rights lawyers group Reprieve began a legal case on behalf of Saad Iqbal Madni, who they say was transited through the UK-controlled Indian Ocean island as part of the CIA’s secret rendition programme.

Madni, whom Reprieve says was tortured in Egypt, Afghanistan, and Guantanamo Bay after his stopover in Diego Garcia, has been released in Pakistan where – according to Clive Stafford Smith, the Reprieve director – he is “effectively crippled by his torture”.

If [the US and Britain] are to repair the damage that secret rendition and torture have done to our democracies, to our security and to our moral standing in the world, the two governments must fully air the sad record of British-American collaboration on Diego Garcia and finally reject the use of secret detention facilities and torture everywhere on earth.

Meanwhile, Britain has yet to accept any of the current 70+ Guantanamo prisoners needing resettlement, though it has already repatriated fourteen former residents.

British hesitation has not stopped US authorities however from negotiating a deal last month in which Bermuda, one of Britain’s overseas territories, took in four Chinese detainees. Surprisingly, the majority of British parliament was kept in the dark.

It is astonishing that an agreement of such significance … could have taken place without a ripple reaching Whitehall. The UK is responsible for Bermuda’s external relations, defence and security and for appointing its governor. Yet the [Foreign and Commonwealth Office] appears to have had no idea that these discussions were taking place.

Adding to the row, Chinese Foreign ministry spokesman Qin Gang objected to the “handing over [of] terrorist suspects to any third country” and demanded the return of all Chinese detainees. Many fear there is a strong risk of torture or abuse to any repatriated Chinese Muslims.

The Bermuda-British-Chinese commotion over issues of national security is not the only snag to the ongoing transfers.

Further complicating matters, the resettlement of prisoners in individual EU member states, in theory, affects all members of the 25-country Schengen zone. The open-border EU zone permits its citizens free movement without passport checks, leaving many Europeans worried as to whether a former detainee could relocate to another country. As such, the EU has recently agreed upon a framework whereby any individual country that decides to accept prisoners share dossier information with all others beforehand. Such coordination is a “must,” noted EU Justice Commissioner Jacques Barrot, which in turn leaves open the possibility for concerned member states to “impose movement restrictions” as they see fit.

As Europe sorts out its willingness to accept further prisoners, many are left wondering why the US has yet to resettle even one inmate. Initial attempts to do so in June ended in failure when the US Congress, afraid of public backlash, enacted a law to delay the transfer of citizens to American soil for at least another two months. In addition, they stripped $50 million worth of funding for the closing of Guantanamo until after the administration submitted a detailed plan for their approval.

“If none of the U.S. states are ready to take in Guantanamo inmates, then you will have to explain to the European public why the rules for Europe should be different from those in the US,” German Interior Minister Wolfgang Schaeuble presaged.

Indeed, while Obama’s latest round of transatlantic diplomacy persuaded Italian Prime Minister Silvio Berlusconi to accept three detainees in the near future, the resulting US-EU agreement stressed that “the primary responsibility for closing Guantanamo and finding residence for the former detainees rests with the United States.”

For Obama to fulfill his national pledge of closing the “misguided experiment” by January 2010, he still has much convincing to do overseas and even more so domestically. Before wearing thin the goodwill of his European counterparts, he should save some of his persuasive power for home. If the United States is to restore its reputation as a respected world leader, it must lead by example.

Andrew Kessinger is an intern with the New Atlanticist.  He is a graduate student pursuing a double degree in International Security at the Institut des Etudes Politiques in Paris (Sciences Po) and Columbia University (SIPA).  Photo Credit: Reuters.

This article originally appeared in the New Atlanticist blog of the Atlantic Council.