Ceremony Held at Cultural Services of the French Embassy 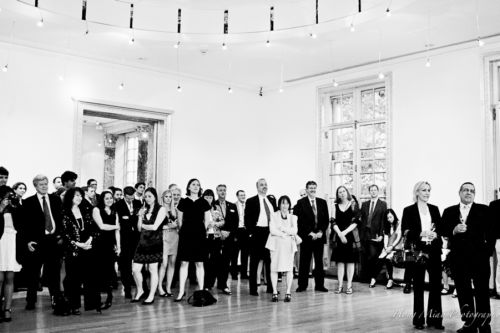 Once again the Jérôme Lohez 9/11 Scholarship Foundation hosted its annual Scholarship Awards ceremony, where three young French students were presented with scholarships ranging from US$1,000 to $2,000.

The party was held on May 12, 2011, in the beautiful setting of the Cultural Services of the French Embassy, located on Fifth Avenue in New York City. Around 140 guests climbed the marble staircase to be greeted by Antonin Baudry, Cultural Counselor to the French Embassy, who presided at the ceremony on behalf of the French Ambassador to the United States, His Excellency François Delattre.

Guests mixed and mingled around a buffet to the tunes of classical music, played by students from the Juilliard School of Music. A selection of fine wines was provided through a generous donation from Pernod Ricard USA.

The awards ceremony itself was held in the next room, with a view of Central Park. In his opening remarks, Antonin Baudry stressed that he, the Cultural Counselor, is the sole government representative of French Universities in the United States. The Jérôme Lohez Foundation’s mission is in common with that of the Embassy Cultural Services, which seeks to “connect more universities from both sides of the Atlantic, kickstart projects and help financially to initiate new collaborations.”

Major Jordan Becker, a past Jérome Lohez Foundation scholarship winner, was the presenter. The 2009 winner, currently earning a double degree at Columbia University’s SIPA and Sciences Po Paris, served in Iraq for the U.S. Army and earned two Bronze Stars.

This September will mark the 10th anniversary of the attacks on the World Trade Center. Dening Wu Lohez, the Lohez Foundation founder and chair, explained that her husband did not die for nothing. “In his memory, I decided to promote French-American exchange, in order to fight misunderstandings between people and foster a spirit of engagement, one that makes the human spirit move forward.”

Two academic institutions were honored that night for their continued cooperation with the Jérôme Lohez Foundation and for their distinguished efforts to promote French-American educational exchanges: L’École pour L’Informatique et les Techniques Avancées (EPITA) in Paris and Stevens Institute of Technology in Hoboken, New Jersey.