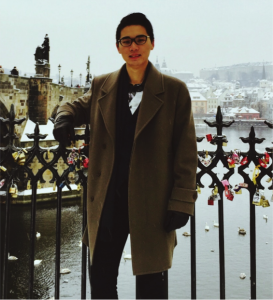 “My curiosity for new arenas always leads to discovering various experiences, identities and responsibilities, during which I enjoy collisions in thoughts and exploration of diverse cultural values,” reflected Lohez 2017-18 Scholar Haicheng Wang, a student of the dual-degree master’s program between Sciences Po and Fudan University.

Between 2012 and 2016, Haicheng studied international politics in Fudan University. Inspired by a comparative perspective of European studies and Chinese diplomacy, he then chose to pursue the master’s program between Sciences Po and Fudan with one year each in France and China.

Not only has Haicheng held various student leadership positions, but he has completed prestigious internships as well. He went to Yale University for exchange during his undergraduate studies. He led the department serving international students in the student union of Fudan University. In addition, Haicheng completed an internship at the American Chamber of Commerce, where he worked in asset management.   He also worked in risk consultancy as he interned at the European Council on Foreign Relations, a pan-European think tank. Haicheng’s desire to help others led him to visit Cambodia in order to volunteer in a local community. While his past explorations aided him in learning and adapting to new cultures, Haicheng’s current endeavors continue to shape his values and his journey to self-discovery. Reflecting on his studies in Paris, he noted that the experience surpassed his expectations. Haicheng observes, “The program offered me an excellent opportunity to explore Europe as a foreigner and rediscover my homeland of China. Learning about the people of other cultures encourages dialogue and mutual understanding.” 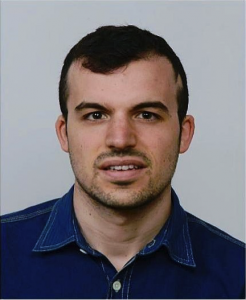 Between 2011 and 2014, Riccardo Cersosimo of Italy studied International Business Administration at Tilburg University (School of Economics and Management) in the Netherlands, as well as at Peking University (Guanghua School of Management), Beijing. After graduating with distinction, he devoted a year to learning Mandarin Chinese at Beijing Language and Culture University, Beijing, on a scholarship granted by the Chinese Government. Recalling his experience in Beijing, Riccardo notes that he “nurtured his passion for languages and discovered how the world of communication is changing through the digitalization of the society, particularly in the Chinese context.”

Aspiring to discover a new culture and language while maintaining his bond with China, Riccardo entered the Dual Degree program at the School of Management and Innovation at Sciences Po in France and the School of Journalism at Fudan University in China, from which he will graduate in June 2018. Between the first and second years of his master’s program, Riccardo took another gap year to gain some valuable work experience through two internships. After winning the Sciences Po edition of the Brandstorm competition organized by the L’Oréal Group, Riccardo interned for the Marketing Development department of Lancôme (L’Oréal). He also completed an internship at the Digital Communications department of Guerlain (LVMH).

Riccardo notes, “Through both my first and second internships, I have had the chance to apply the theoretical knowledge stemming from both my undergraduate and graduate studies to a fascinating, dynamic and creative industry.”

He currently serves as one of the 15 Italian citizens holding the Chinese Government Scholarship for the Academic Year 2017-2018. Aside from attending classes at Fudan University, he interns at the Chinese branch of Guerlain.

Ricardo reflects, “Pursuing my academic achievements and eye-opening work experiences abroad in both China and Europe have equipped me with the adaptability and global vision necessary to tackle the globalized world and immerse myself in new opportunities where my creative strengths can align with my ambition to make an impact on the marketing and communication industry.” 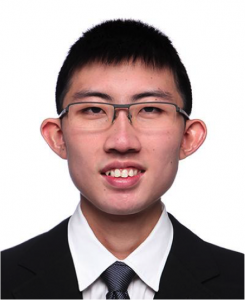 “College, for me, served as a time to explore new interests,” reflects Jeremy. “Having studied politics and social sciences at Sciences Po, I decided to take a more quantitative approach to my studies at Columbia, and am now majoring in information science.”

His desire to chart new waters also led Jeremy to undertake internships in France, China, Singapore, Tajikistan, the United Kingdom, and the United States, working in sectors such as finance and international development. As a result of his work experience, he developed a strong desire to leverage private capital to finance projects in the developing world, particularly in under-served areas such as Central Asia.

“My career goals are definitely a function of my previous internship experiences,” observes Jeremy. “I spent a summer working for the Eurasia Foundation of Central Asia in Tajikistan, where I helped to design and implement social protection and civil society projects. This was really meaningful work, as I could see from site visits how our projects had improved the lives of vulnerable communities such as people living with HIV, or victims of gender-based violence.”

Jeremy, however, remains keenly aware of the challenges faced by development agencies today. “One problem we kept encountering in Tajikistan was the lack of funding from governments and international donors. This is where my experience in the private sector proved enlightening. My internship at Bridgewater Associates showed me the immense potential of private capital, which I hope to ultimately deploy to more socially beneficial ends.” 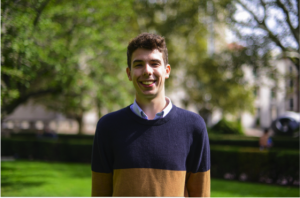 Côme Lefébure believes that solving conflicts requires an understanding of others.   His experiences in China, France, and the United States fostered his belief concerning the necessity of tolerance. His desire to become a peace-maker of tomorrow brought him first to Sciences Po’s Europe-Asia campus in Le Havre and now to Columbia University.

At Sciences Po, he served as the treasurer of the Sports club. In addition, he became the captain of both the soccer team and the swimming team. After completing his bachelor’s degree, Côme aspires to serve at France’s Foreign Affairs and work with China, a country where he spent his childhood and accomplished his first professional internships.

Côme’s attributes his status as a global citizen to his French and Italian heritage. As a global citizen, Côme feels empowered by cooperation amongst diverse people groups. He believes in the power of cultural and educational exchanges for shaping a peaceful world. Moreover, he feels honored to join the Jérôme Lohez 9/11 Foundation and its cohort of inspiring ambassadors from all over the world. Côme strives to promote dialogue and joint actions across France, China, and the United States. 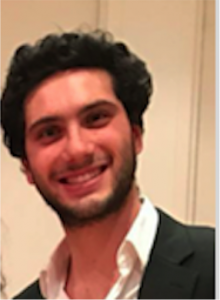 After two years of intensive training in physics and mathematics, Raphael completed two years of multidisciplinary engineering formation in computer science, energy and systems, signal and networks, and electronics. He then completed one year of specialization in computer science engineering & Big Data. Raphael has applied to the Masters of Science in Information System at Stevens Institute of Technology to fulfill his interest in both the technological and strategic aspects of data analysis and data science.

After his first international experience in Tel Aviv University, where he studied 6 months for a spring semester in electrical engineering, he sought a new opportunity abroad in New York. Concerning his move to New York, Raphael explained that he desired “to discover the American way of life, visit the wonderful city and live new experiences.” Moreover, he strives to improve his English and attain his C2 level goal.

Last summer, he worked as a data analyst at Schneider Electric. Upon completion of his Masters of Science at Stevens, he will seek new opportunities in data analysis and data science in American technology companies to develop his technical skills in an optimal environment.