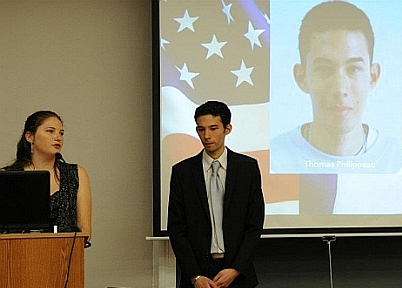 On May 14, 2012, the Jérôme Lohez 9/11 Scholarship Foundation hosted its Seventh Annual Scholarship Awards Cocktail Party, where three international students were presented with scholarships of $2,000 each. This year, also, the foundation made its first annual conferral of the Jacques Barzun Award for Distinguished Contributions to Trans-Cultural Scholarly Exchange, honoring two academic institutions for their outstanding efforts. 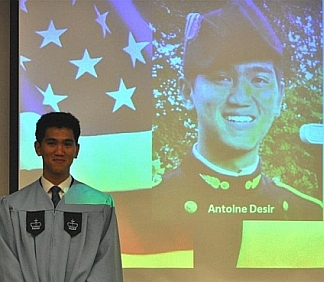 The party was held in the Maison Française on the campus of Columbia University. The Lohez Foundation’s board members greeted the evening’s guests, many of whom were students from the Columbia Alliance Programand also long term supporters of the Foundation. During a pre-ceremony meet-and-greet, guests were treated to a sumptuous smorgasbord of delectable party platters catered by Dean & DeLuca, accompanied by a selection of fine wines provided through a generous donation from Pernod Ricard USA. Guests socialized to the sounds of Jazz and popular standards, played by a five-piece band made up of students and recent graduates from several Metro-area universities.

Antonin Baudry, Cultural Counselor to the French Embassy, presided at the ceremony on behalf of the French Ambassador to the United States, His Excellency François Delattre. In remarks, Baudry explained that Ambassador Delattre, although unable to attend the occasion, maintains a strong commitment to the mission of the Lohez Foundation, which Delattre helped inaugurate as Consul General to the United States in 2005.

In remarks, the Foundation’s founder, Ms. Dening Lohez, stressed that, “Only international exchange and education can connect people to people across boundaries, offer face-to-face engagement, across time and distance, to explore each other’s differences, and to bridge cultural divides, building mutual understanding, common values, trust, confidence, and collaboration.” 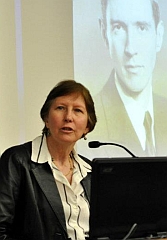 Two academic institutions were honored that night by the Jérôme Lohez Foundation with the first conferral of The Jacques Barzun Award for Distinguished Contributions to Trans-Cultural Scholarly Exchange: Sciences Po (Institut d’études politiques de Paris) and Columbia University in the City of New York.

In introductory remarks, Patrick A. Berzinski, communications consultant to the foundation, explained that, “in recognition of Dr. Jacques Barzun’s immense contributions to trans-cultural understanding and exchange between the United States and France, The Jérôme Lohez 9/11 Scholarship Foundation wishes to honor this great French-American scholar” by naming the award in his honor. 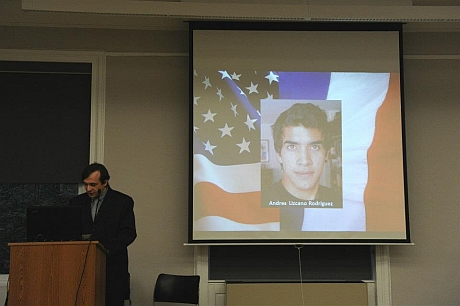 The award is to be conferred once a year upon two institutions of higher learning, one French and one American, in recognition of their shared international dual-degree programs (master’s and doctoral levels), and/or for their joint research efforts.

After a short video presentation on the early life and career of Dr. Barzun, the awards were presented.

Ms. Roxie Smith, Vice Provost of Columbia University, and Professor Louis Chauvel, a renowned sociologist who is a Sciences Po-Columbia Alliance Visiting Professor for Spring 2012, both delivered remarks in accepting the awards for their respective institutions.