The Jérôme Lohez 9/11 Scholarship Foundation is the only charitable organization established after the 9/11 tragedy that is dedicated specifically to promoting educational and cultural exchange among the U.S., France and China. By providing scholarship awards to multinational graduate students, enabling them to study in one another’s homelands, the Foundation aims to shape the next generation of global citizen, along with a new class of international policy makers. The Foundation also seeks to develop a pool of highly-trained multicultural business leaders to serve as innovators in multinational commerce.

The foundation was launched in November 2005 in honor of Jérôme Robert Lohez, a French citizen who died in the North Tower of the World Trade Center. 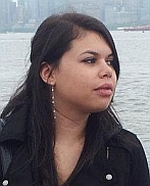 Ms. Athènes completed a 2012 bachelor’s degree in Foreign Languages applied to Business at the Université de Lorraine UFR Lettres et Langues, with a particular emphasis on English and Italian. During her time as a marketing intern with the Lohez Foundation, while officed at the French-American Foundation, Camille engaged in market research, strategy planning, event coordination, text translation, and a variety of administrative tasks. She expects to earn a master’s degree in International Finance in 2014 from the Université de Lorraine ESM-IAE. 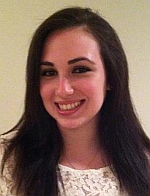 Ms. Corn is a 2013 graduate of New York University, majoring in French Language and Literature. She also spent time at New York University in Paris to experience the French way of life while enhancing her French Language skills and deepening her knowledge of French culture and history. She was French Club President and a National Honor Society member in High School. After her work with the Lohez Foundation, Lauren joined the Sciences Po Foundation as a bi-lingual intern for the spring 2013 semester. Following graduation, she plans to seek experience in the world of business, potentially in the field of import-export and/or consumer retail. 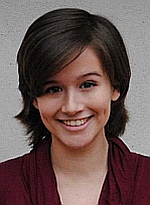 Ms. Lieberman is a 2013 graduate of New York University, bringing an array of language, managerial and media skills to her internship with the Lohez Foundation as its 2012-2013 student associate. Receiving her bachelor’s degree in Romance Languages in May 2013, Grace’s name has been published to the Dean’s List in each of her academic years to date. Fluent in both French and Italian, she traveled abroad to Florence, Italy, during the 2011 Fall Semester, where she taught English at the Scuola Dell’Infanzia Merlo Bianco and tutored visually impaired students in French and English at the Convitto Vittorio Emanuele II. Grace lent her skills in design, multimedia and project management to several major initiatives at the Lohez Foundation. She plans to pursue a career in the field of education. 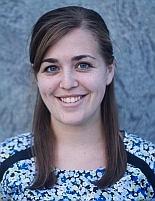 Ms. Bradley is a rising senior at Muhlenberg College in Allentown, Pennsylvania. She will graduate in May 2014 with a French major and Sustainability Studies minor. During her junior year, Katherine spent both semesters abroad at the American University Center of Provence in Aix-en-Provence, France. While abroad, she strengthened her French language skills as well as increasing her understanding of the French culture and society. In addition, she completed two community service experiences which helped her to integrate into the culture and fully experience life in France. In the fall of 2012, she tutored English with young French schoolchildren at Secours Catholique and in the spring of 2013 she spent time creating art with the members of Les Ateliers Arts et Découvertes. Katherine is thrilled to join the Lohez Foundation and contribute her knowledge and skills. 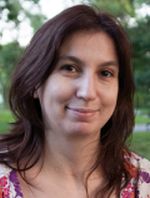 Ms. Nathalie Froger is a young French professional pursuing English studies at the American Language Communication Center in New York City. Nathalie worked for six years in production design and multimedia for Editions Bréal in France, and she has volunteered to assist the Lohez Foundation with a number of design-related projects. Nathalie holds a French Professional Degree in Content Management for Web and Multimedia Design from the Université de Paris 13, Bobigny, France, and a Professional Certificate in Publishing from ASFORED (Centre de formation du Syndicat national de l’édition), Paris. Nathalie looks forward to learning more about the American publishing and multimedia industries. 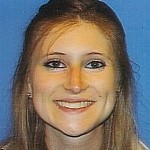 Ms. Hassall is a rising junior at the University of British Columbia in Vancouver, Canada studying Political Science and International Relations with a focus on languages. She is fluent in French and has spent many summers in France experiencing French culture and society. In addition to this, she will be spending a semester abroad during her senior year at Sciences Po in Paris, France. Maureen is very excited to join the Lohez Foundation to put forward her knowledge of French culture and to learn the ropes of working in an international company, as she plans to pursue a career in this sector.